Posted by Virtual Assistant at 5:09 PM No comments:

Email ThisBlogThis!Share to TwitterShare to FacebookShare to Pinterest
Labels: Satan

The Power in Keeping Quiet

Posted by Virtual Assistant at 8:52 PM No comments:

Email ThisBlogThis!Share to TwitterShare to FacebookShare to Pinterest
Labels: quiet

Posted by Virtual Assistant at 10:35 AM No comments:

Email ThisBlogThis!Share to TwitterShare to FacebookShare to Pinterest
Labels: sin

Posted by Virtual Assistant at 9:46 AM No comments:

Email ThisBlogThis!Share to TwitterShare to FacebookShare to Pinterest
Labels: offended

Author Shares Spiritual Challenges and Wisdom About Christian Confrontations in Face Your Foe: On Confronting the Critics

"The moment I made my announcement to follow Jesus back in 1997 (then later rededicated my life after a couple of miserable relationships), the interference of the demonic paranormal was at work touching those around me who were spiritually weak, unsaved and backsliders in my social circle to break me down whether psychically, behind my back or to my face. God’s enemies were also my foes. Little did I know that I would spend a future of fighting spiritual battles (with the Creator’s guidance, of course) with people I least suspected. 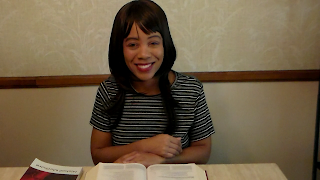 Nicholl McGuire, Author of Face Your Foe: On Confronting the Critics
and Know Your Enemy The Christian's Critic

Soon to follow would be cynical questions, harsh criticisms, lies, and unhelpful statements. Just as Jesus was questioned by his enemies (see the books of John and Luke), I being his child would experience similar confrontations. “Jesus didn't tell you that…God wouldn't have you do that. You are not a Christian…Now explain to me why you did what you did again? You really think God put you up to that?” my foes wanted explanations, information to use against me, and other things that had little to do with God and everything to do with them.
The accusations they made, which I knew were influenced by Satan, hurt much. The mean words were from those I thought loved me. Their harsh statements were not meant to support me on anything related to God’s will, but to discourage my wanting to do more with my life which was to become a better person. “But he gives more grace. Therefore it says, “God opposes the proud, but gives grace to the humble” (James 4:6, ESV).
Satan was using some backsliding relatives, unbelieving acquaintances and former friends to put pressure on me to renounce my faith in God and go back to walking on the dark side. Some said things like, “You don't want to be like (Christians). You know how they are in the church--that's why I don't go. You can talk to me about things without mentioning God or Jesus.” By dissuading me not to follow the Father, they would not have to feel convicted around me to change their dark ways of thinking and their lifestyles too.
When I was in love with the world, I recalled that the sincere Christ followers were not the kind of people you could sit comfortably around while justifying personal sins. They would call you out on your foolishness, but no so with the wayward. They were very supportive when it came to sinning, because they knew what they had done and were still doing. The popular response to sin from them was, “I’m not going to judge you.” But I knew that teaching or warning people not to fall in a trap was definitely not judging them. I learned early on that the hypocrites liked words such as: “wise, righteous, God, and Jesus,” but they weren’t much interested in following him or his precepts.
After turning my life over to the Savior, critics would mouth "you call yourself a Christian" when I spoke truth about something they preferred to believe lies about. It didn’t matter what the news or the kind of truth or how I delivered it, if it was good, righteous and convicting, many backsliders and believers found fault with it or blatantly didn’t want to hear it.
Due to my faith and past disputes, I noticed during the early days of my walk, that I no longer had access to some people’s ears or their environments. There was no reaching a compromise with people who were passionate about their unbelief in an unseen “force” or other names they referred to God as like “it,” “ghost,” “thing,” “voice,” “something said,” “man upstairs” or “god” (but not the Almighty--some other god). Our relationships were forever changed when I said, “Yes” to Jesus and “No more” to Satan.
Frustrated faces that were deeply offended by me and my God just didn't want me talking about Him or His truth. “He must hold firm to the trustworthy word as taught, so that he may be able to give instruction in sound doctrine and also to rebuke those who contradict it” (Titus 1:9, ESV). From revelations regarding deceptive worldly news to manipulative behaviors of others, I with a journalism and communications background was not well-received.
Some people rejected the truth about the existence of Satan's minions (primarily beloved entertainers, leaders, family members, civic connections, etc.) in all sorts of industries. In addition, they didn’t want to think about how they were in error and their self-righteous concepts were simply not beneficial to the masses. Satan’s minions were enablers, backsliders, liars, cheating spouses, argumentative, mentally ill, and so-called believers in Christ. They were (and some still are) a defensive, arrogant, and profane, unbelieving bunch.
Like with so many zealous, new believers, during the early days of receiving Christ into my heart, I couldn't help but want to talk about the Bible, God, and other spiritual signs, wonders and miracles. Although I am not as zealous as the new babe in Christ I once was, as a mature believer, I still very much talk about righteousness, sin, God and other related things both on and off the Internet. I do not consider myself religious, but spiritual and I am not in agreement or supportive of lukewarm churches either. I prefer to meet with veteran believers who are out in the field doing what they are called to do while actively working outside of boxes. We were never meant to stay in the church for the rest of our lives! There are lost, confused, and desperate people who you won’t find going to any churches, so we as believers meet the people where they are! My love for Jesus and the hurting and wounded has not changed!"

Book excerpt taken from Face Your Foe: On Confronting the Critics by Nicholl McGuire

Posted by Virtual Assistant at 10:18 AM No comments:

Email ThisBlogThis!Share to TwitterShare to FacebookShare to Pinterest
Labels: The Book Face Your Foe by Nicholl McGuire

Posted by Virtual Assistant at 11:30 AM No comments:

Email ThisBlogThis!Share to TwitterShare to FacebookShare to Pinterest
Labels: prideful

What You Never Knew About Infidelity

Posted by Virtual Assistant at 3:20 PM No comments:

Email ThisBlogThis!Share to TwitterShare to FacebookShare to Pinterest
Labels: infidelity

VaShawn Mitchell - Turning Around for Me (Live)

Posted by Virtual Assistant at 5:11 PM No comments:

Email ThisBlogThis!Share to TwitterShare to FacebookShare to Pinterest
Labels: encouragement

Posted by Virtual Assistant at 7:02 AM No comments:

Email ThisBlogThis!Share to TwitterShare to FacebookShare to Pinterest
Labels: music

Posted by Virtual Assistant at 8:19 PM No comments:

Believers with an "I Feel" Doctrine - carnal, selfish

Posted by Virtual Assistant at 9:47 AM No comments:

Praying in the Midst of Hopelessness

Posted by Virtual Assistant at 9:02 AM No comments:

Email ThisBlogThis!Share to TwitterShare to FacebookShare to Pinterest
Labels: despair

Disobedience - Unbelief, Unfaithfulness - They Wonder Why God Does What He Does

It was a quiet voice, a stirring in your Spirit, the feeling that you shouldn't...the Holy Spirit was being used by your Creator to prevent, protect, and progress you, and what did you do?  You remember those days of disobedience (unbelief in Our Savior and unfaithfulness to God), rebellion against people and things designed to instruct and better you, and a steady decline spiritually due to a variety of sinful distractions.  Back then, you ignored what you know to be true, right, and could help you as well as others.  Could you still be acting that way?  Maybe it is one of your loved ones that calls his or herself a believer, yet you don't see any fruit on that tree due to disobedience.

When you view media stories, notice the signs that the "victim" was being disobedient.  He or she will claim that one didn't know, had no clue, and wasn't warned, but not so for the Christian!  He or she knows better, God speaks, but the question is "Was the believer listening?"  As much as we demonstrate kindness, respect, generosity, patience and love toward our fellow brothers and sisters in Christ, we also have to caution as well and remind/rebuke them for their disobedience and straying away from the Lord as God leads.  The "victim" who is still in a state of rebellion will get angry and wish evil on us as they utilize our assistance and take our hand-outs, but truth is truth!

How many times does God have to use people, places, and things to warn his people in advance to do things like: move away, let go of sin, trust Him, follow His precepts, and more before believers finally listen and obey?  There is a disturbance in our spirits for those we love the most, but also are not where they should be in Christ.  We know that it is only a matter of time that God's directive will be, "Let him go...don't help her any longer.  We have other things to do."  It is then that the disobedient one will be left alone, set up to pay a dear price for sin.  Sometimes people have to hit rock bottom in order to see the light at the top.  Others (like what happened to Jonah) have to gradually fall before they realize they are off the God ordained path.  They run from God and his commands, forget what Jesus did for them, and don't want to heed the warnings that they are being given leading up to death. 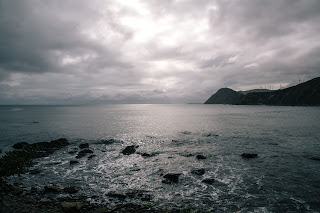 The truth be told due to disobedience many rebellious believers have prematurely entered their graves, lost relationships with children and grandchildren, buried many loved ones (while declaring themselves blessed to be alive), have told many lies and are reaping the consequences, sleeping with the enemy, and giving themselves over to all sorts of false doctrines and false teachers. The pain of witnessing such things for the obedient can be too much to bear sometimes.  This is why we have to look forward and not behind otherwise we can end up like Lot's wife.  A rebellious people who are under judgment are not friends, but are foes and will continue to go through much until they submit to the will of God.

Nothing or no one is worth disobeying a mighty God who is responsible for life and death.

Nicholl McGuire
Posted by Virtual Assistant at 8:58 AM No comments:

Out on the Prowl - Looking to Be Taken Care Of

Posted by Virtual Assistant at 7:03 PM No comments:

Are you benefiting from this blog? 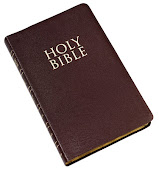 Other Blogs Worth Checking Out

Face Your Foe - The Book 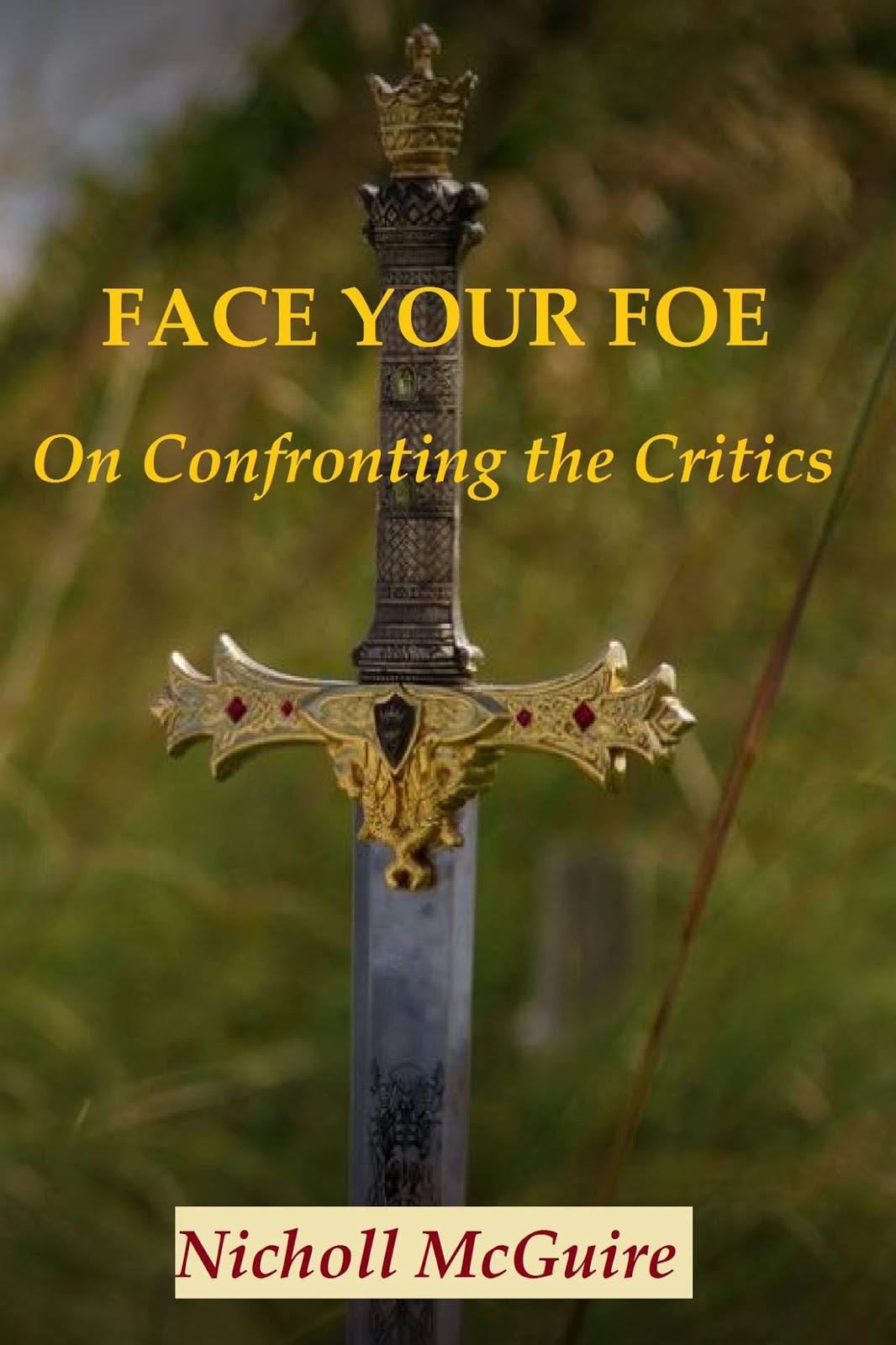 Let God be your guide when confronting critics.

Individuals, groups and businesses who would like to advertise, send requests here: nichollmcguire@yahoo.com.